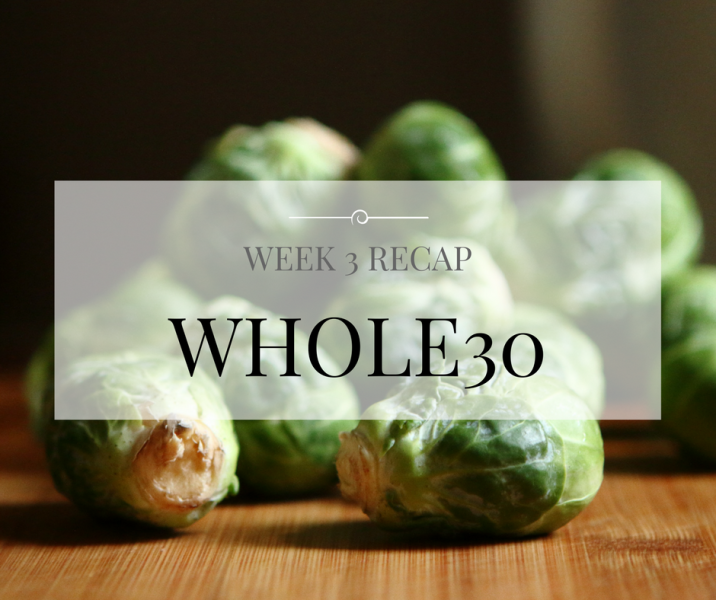 WOWOWOWOWOW. Somehow we’ve made it to Day 25! I can’t believe it! This month is definitely one of those “the days go by slowly but the weeks go quickly” scenarios. We’re a mere 5 days away from completing our Whole30 challenge. Spoiler alert: it’s still really challenging. Read on for more about our third week, and make sure to check out the short video!

That pretty much wraps up Week 3! We’re on the homestretch, and we’ll be easing our way back into a balanced diet starting next Tuesday. Any advice or encouragement on these last few days would be much appreciated!