When I first arrived in Berkeley, I did something I’ve never done on any of my other vacations: I headed straight for a laundromat.

My two coworkers and I finished up our lunch in Oakland’s Chinatown on Sunday afternoon, we said goodbye to our hosts and hopped on the BART to Berkeley. We all went our separate ways, which for me, meant checking into the Hotel Shattuck Plaza and settling into this new town for a few days.

After seeing the things I saw at our Oakland hosts’ home, I knew I wouldn’t be able to wear the clothes I wore in that house until they were washed. In fact, I didn’t even want the clothes I wore in that house to be anywhere near the rest of my possessions. I started unpacking and separated out The Clothes I Wore In Oakland from Clothes Without Any Oakland On Them. My hotel room was so beautiful and white and clean and essentially the opposite of where I just came from. I didn’t want to contaminate this sanctuary with anything I came in contact with at my previous accommodations.

Of course, in the midst of unpacking everything, I discovered that about 50 of my ant friends found their way into my suitcase (to be more precise, inside the Ziplock bag holding all my toiletries). Upon discovering these ant hitchhikers, I proceed to mumble expletives underneath my breath while I went on an ant killing spree. I took my toiletries into the bathroom and washed out the bag, plus the toiletries compartment of my suitcase, and then the outside of the suitcase. Just to be safe. Because gross.

END_OF_DOCUMENT_TOKEN_TO_BE_REPLACED 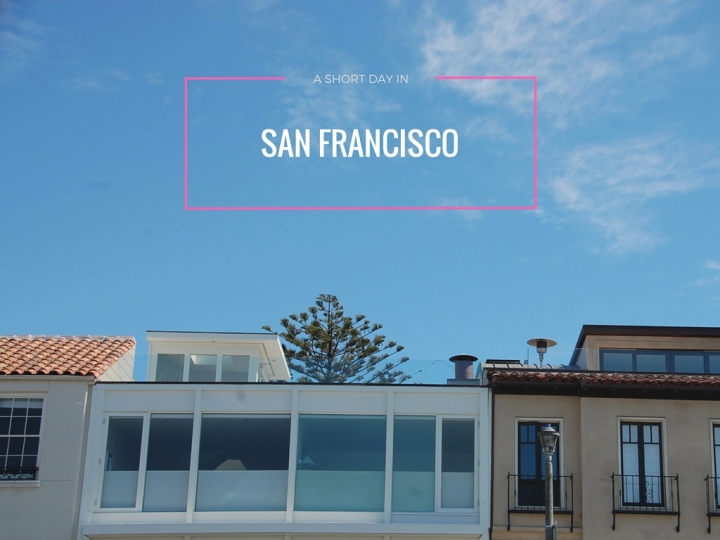 A few months ago, I started listening to Augusten Burroughs’ memoir. He has this incredible passage about when he first moved to San Francisco that made me want to see this city for myself:

San Francisco will give you the longest, hottest bath you have ever had…And once you are sitting in an overstuffed armchair that has been warmed for you by a cat, San Francisco will muss your hair. You will have some milk and one of those thick brownies with a shiny top that shatters when you bite it. And then, as you walk down the long hallway toward your bedroom, San Francisco’s fishnet stocking-clad leg will suddenly rise up and block your way. San Francisco will smile and say, “Hon? Either brush those teeth or donate them to the pointy end of my boot.” And you will brush your teeth and never have another cavity. Until you’re forty. Then San Francisco will tuck you into bed like you are a baby, and this will not embarrass you at all. And even though you’re nineteen, San Francisco will leave the light on; you won’t even have to ask. And when you wake up, San Francisco will be the first thing you see when you open your eyes. And it will say to you, “You know it. And I know it. Get out there and make them see it.”

The funny thing is, before I heard Augusten describe San Francisco in this way, I didn’t really have a significant desire to visit. Now that I live in a big city, I’m less interested in visiting other bigger cities. Give me trees, mountains, oceans, trails, deserts…but traversing from one metropolis to another just seems draining. It’s true I’ve wanted to visited California for a long, long time but I wanted to see its rolling hills and skyscraper-sized Redwoods and waves crashing along the rocky shoreline. I didn’t want to go to a specific place, I just wanted to engross myself in its beauty. I’d sort of forgotten there were actual cities in California and not just a plethora of wilderness.

Augusten’s description piqued my interest. I’d long heard that San Fran was unlike anywhere else in the world, but I didn’t know what that meant. It’s still a city, right? So how different can it really be?

Spoiler alert: San Francisco is unlike anywhere else in the world.

END_OF_DOCUMENT_TOKEN_TO_BE_REPLACED

Before I arrived in Oakland, I knew precisely two things about this city:

Sam visited some of family members in the Oakland area when he was younger, and all he had to say was “It’s a little rougher than San Fran.” This insight, combined with the two pieces of information I’d gathered during other parts of my life, was the extent of my knowledge about Oakland.

One of my coworker’s long-time friends lives in Oakland, and I was invited to tag along and crash with him before our conference started on Monday morning. We flew out Friday evening and touched down in the San Francisco airport just in time to see the sunset. Despite the 2-hour time change and the fact that I would’ve normally been in bed at this time back in Chicago, I was so excited to start exploring that I didn’t feel the least bit sleepy.

Even so, it was something else that really woke me up when we finally arrived at my coworker’s friend’s place. For one, the house was a little questionable. And filled with drug paraphernalia. And hadn’t been cleaned in, oh, maybe a few months (years?). And also, ants. ANTS EVERYWHERE. The good news is that there was a dog in the house, and he was adorable. I focused all my energy on petting the dog so I wouldn’t have to think about anything else (because I was thinking about pretty much everything that was dirty and filthy and disgusting, since they were all present in this house).

END_OF_DOCUMENT_TOKEN_TO_BE_REPLACED

For as long as I can remember, the great West has captivated me. It’s as though the colonization of America still runs in my blood and makes me want to continue pressing westward, sweeping up experiences and glimpsing into the natural beauty of this wonderful country as I go.

I’ve long dreamed about visiting the West Coast: basking in the salty ocean air, wandering for hours along the rugged coast, bidding the sun farewell as it descends into the might Pacific. California isn’t a secret anymore, obviously, but it doesn’t mean the desire to discover it for myself has waned. Sometimes just spelling its name harkens a sense of longing in my heart. C-A-L-I-F-O-R-N-I-A. Each letter building more anticipation than the last.

I visited Lake Tahoe when I was younger and once we had a 7-hour layover in LA, but it’s hard to validate these as really engrossing myself in California (both the physical place and the state of mind). Until last year, California still felt like a distant mirage: a vision of an Emerald City on the western horizon, perhaps not even real but always a figment of my wildest Midwestern dreams.

END_OF_DOCUMENT_TOKEN_TO_BE_REPLACED 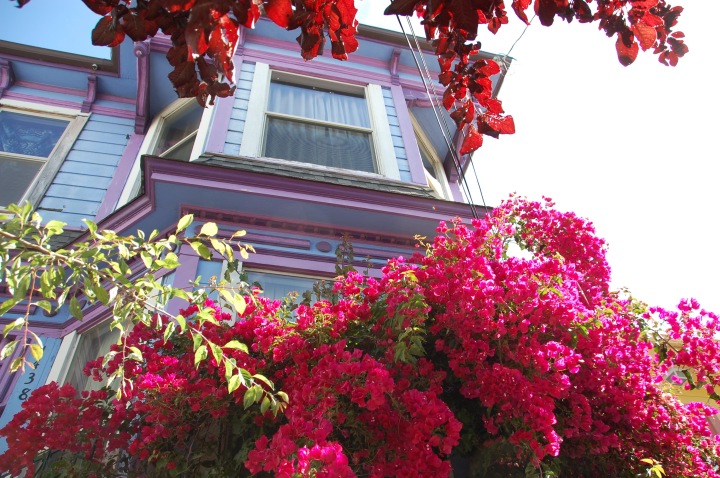 The last few days I’ve been out in California, soaking up the sun and learning first-hand why pretty much everyone moves out here. I’m technically in town for a work conference that begins today (Monday). However, since I’m always willing to take advantage of free lodging and exploring new places, a coworker and I flew out on Friday evening to see San Francisco and Oakland.

This is the first time I’ve taken a far-away trip by myself in, like, forever. It might actually be my first true solo adventure, even though I’m with two coworkers (I don’t know them too well, but I certainly know them better now). Traveling by myself is so different than having Sam, family, or long-time friends by my side, and I’m trying to make the most of the experience. If you want to join in from afar, just listen to this song on repeat—it’s been stuck in my head for like two weeks as I’ve prepped to come out here:

I hope to have some recaps (and lots of photos!) to share with you in the next week or so. In the meantime, you can always follow along on Instagram or Snapchat (user: mstych). Or you can wait until I get everything all typed up on this blog. Either way, California is so inspiring that it’s impossible for me to not want to share it!